Many of you may have seen and even read a series of articles that have been circulating on social media about all the different texting acronyms parents should be aware of, one of the largest posts came from CNN. However, what many parents don’t know is that a large number of the texting acronyms are inaccurately defined, and even if that isn’t the case, most are already outdated.

So, why do these lists keep circulating?

Well, because while they aren’t successful at properly educating parents, they are FANTASTIC at feeding parents worst fears about tweens, teens and texting. 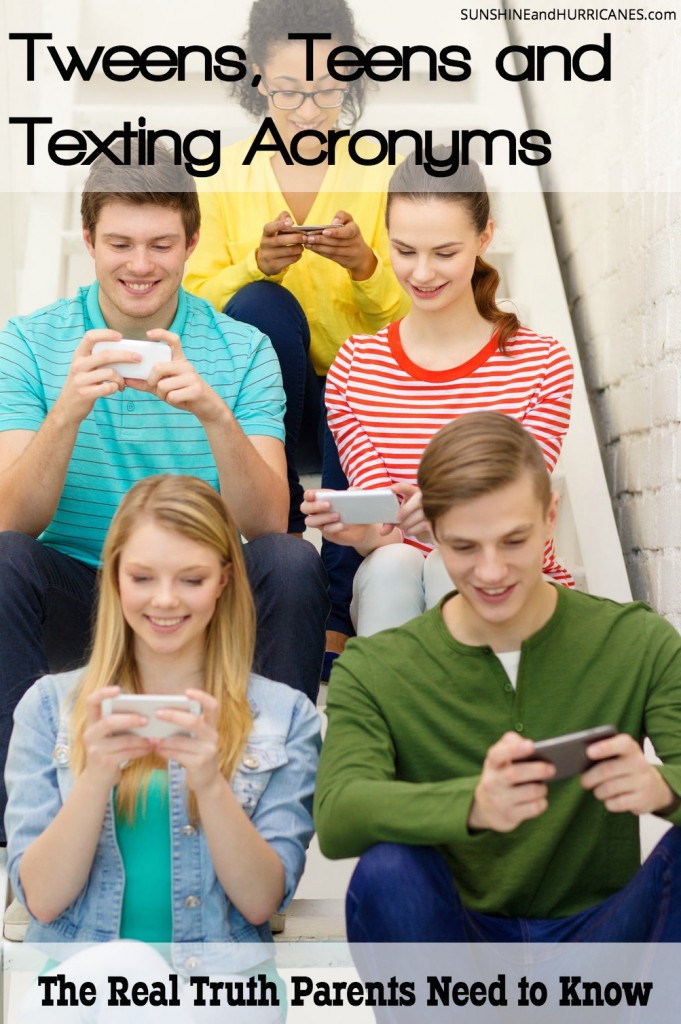 Do you want to know what the real story is when it comes to tween, teens and sexting?

In reality, most kids are not out there “sexting” on a regular basis. Reported percentages vary, with the high end being 20% and the low end around 7%. In most cases, the likelihood to engage in “sexting” goes up with age and the greatest percentages are seen in older teens (17+). However, the definition of “sexting” is also not very clear. It can be anything from exchanging some fairly harmless and vague hormone fueled texts to the more serious, but far less prevalent, instances of sending more sexually graphic texts along with photos of a sexual nature.

Texing Acronyms – Be Smart, Not Scared

As parents, we would prefer none of this was going on via text, but we must also understand that part of it is just the modern day version of the very normal expression of our kids early sexuality. Also, while technology may be providing a new platform for this expression, it isn’t contributing to any increase in teen sexual activity. In fact, depending on the data source, teen sex rates have at worst stayed constant the last twenty years or have actually declined as much as 7%.

Now, this doesn’t mean that parents can sit back and take a head in the sand approach to the whole topic of inappropriate texting acronyms and “sexting”.  It is still happening and many tweens and teens who admit to engaging in “sexting” said they did it as a result of peer pressure.  One of the best defenses parents have to combat the influence of this kind of negative peer pressure is to simply keep an open and honest dialogue going on with their kids. We need to be willing to tackle the tough talks and make sure they know the risks.

Make Sure Kids Understand the Risks

While our kids may think sexting a photo to their boyfriends or girlfriend is safe, because this other person cares about them, they need to think about what might happen if they break-up and how such photos could then be used to hurt them. Help them to understand that once a sext is sent, whether it is only text or includes pictures, it can never be completely deleted. There can also be legal consequences to sexting as in some states it is considered child pornography distribution.

Also, if you are genuinely concerned about the possibility of your child sending or receiving inappropriate texts, this is not something that is out of your control. There are numerous ways you can manage this situation.

If you ultimately still decide to give your child a smart phone, make sure expectations for its use are clear as are the consequences of not following the rules you set for the privilege of having a phone. A great way to do this is with a cell phone contract and we happen to have a handy dandy printable one available in our post Cell Phone Rules for Tweens and Teens.

You can also install apps that enable you to monitor your child’s cell phone activity. This is not “spying” on your child, this is parenting as long as you are up front with them. One of the more popular apps is My Mobile Watchdog, which provides you with a log of calls, texts and pictures sent to and from the phone. Over time as your child proves they can use the phone responsibly, then you can consider removing the monitoring.

What Exactly Do Those Texting Acronyms Mean?

Should the occasion arise that you come across any acronyms in your child’s texts that you are not familiar with, you can look almost any of them up using the Urban Dictionary. This site is a user generated online dictionary of slang terms and phrases. I’m going to warn you, this isn’t a site for the faint of heart of heart, but it will get you the information you need to know. However, I bet most parents will be pleasantly surprised when they discover 2G4E simply means “together forever” or WYCM means ‘will you call me”.

Yes, our kids are growing up fast, but maybe not as fast as we are lead to believe. If you DBEYR (don’t believe everything you read) and practice smart parenting by going ISO (in search of) real facts, these tween and teen years might not be so bad, and could even be GR8 (great)! TTYL. 🙂

Have you heard about any texting acronyms parents should know about?

Need some more help navigating technology and your tween/teen? We’ve got lots to help you out! 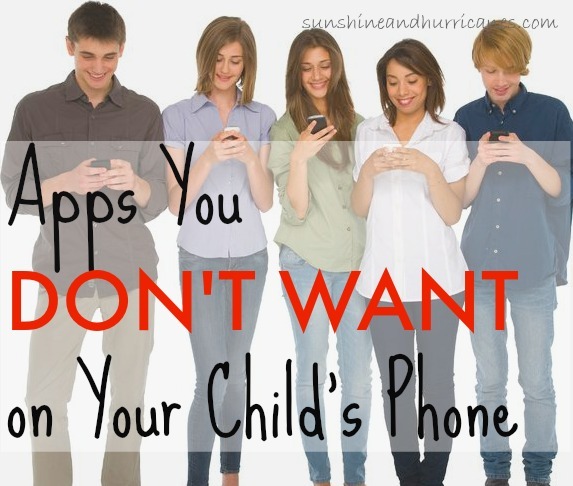 Apps You Don’t Want On Your Child’s Phone 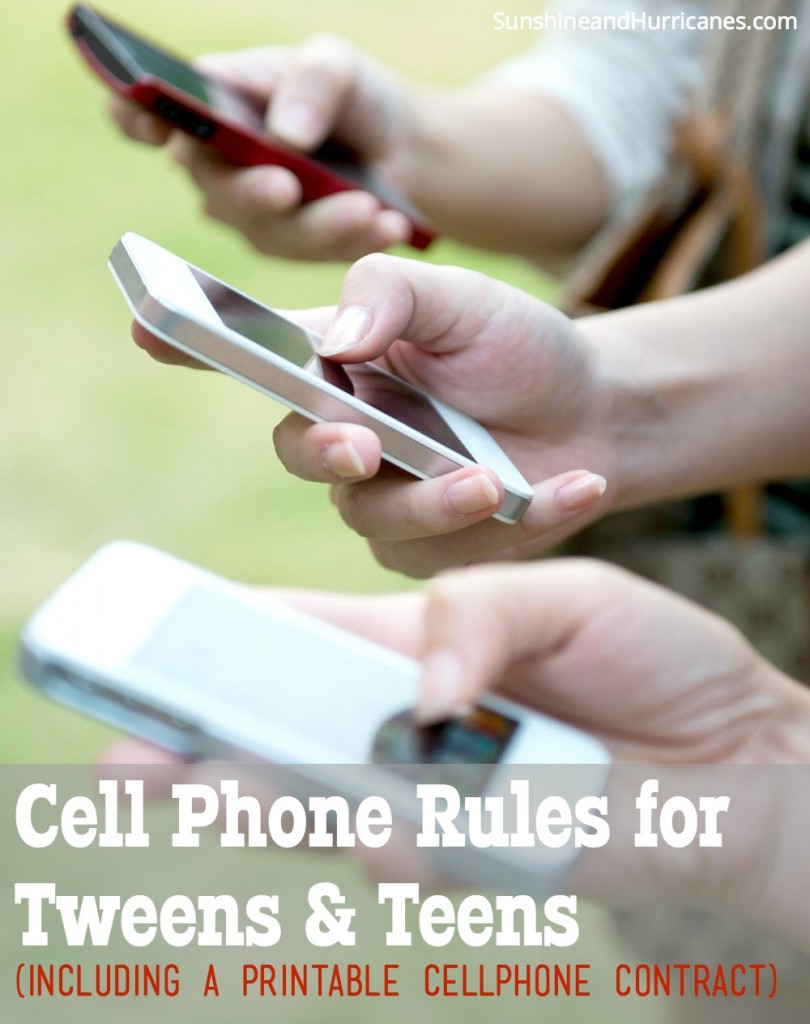 For EVEN MORE great technology and kids information: