There are LOTS of stories about my mother from when she was growing-up.

As a toddler, my mother would routinely scale the family refrigerator and perch on top waiting to scare the living the daylights out of my ever unsuspecting Grandmother.

She quickly moved from climbing appliances to climbing trees with the neighborhood boys. The few boys who dared to suggest that my mother’s gender meant that she should be home playing with her dolls, walked away with black eyes and bruises. She could best even the biggest among them.

There is not a photo to be found of my mother in a dress as a child, but there are plenty of her in the cowboy outfit that was her standard daily attire.

Oh, and could she be naughty.  It’s legend in our family about the time she was marched home by one very angry mother after she cut off both the beautiful braids of the prettiest little red-haired girl down the street.

My mom was one true tomboy. She was about as wild as wild child can get, and this was at a time when it just wasn’t “proper” for little girls to act that way.

This is why, for a long time growing-up, I was convinced I was adopted….. 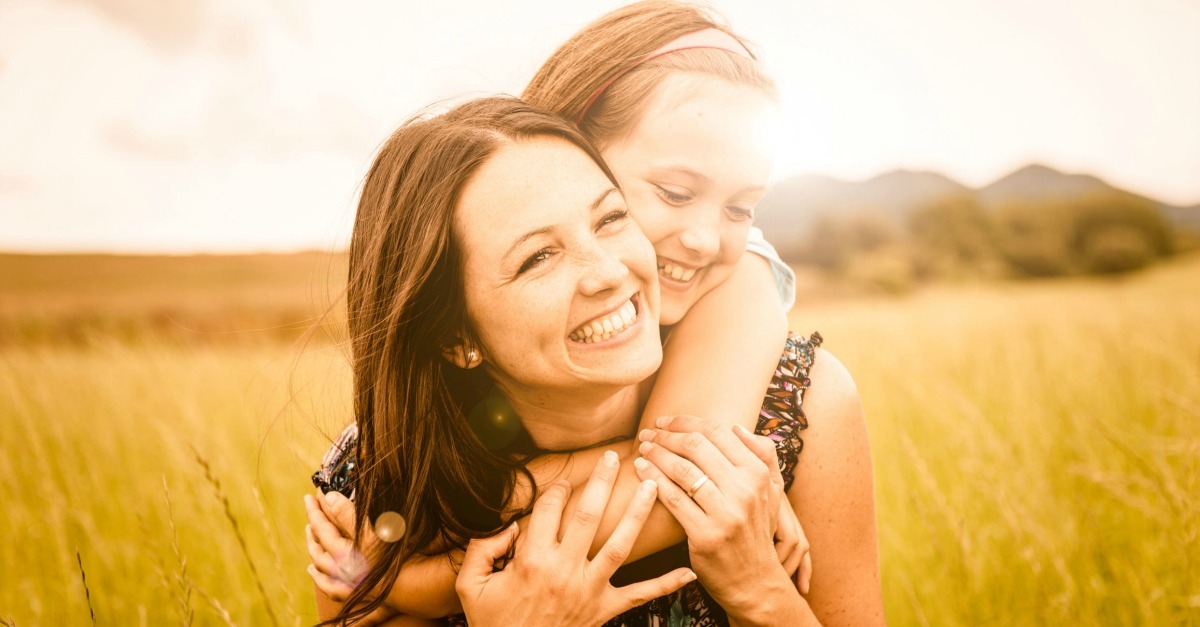 Could I Really Belong To Her?

As I changed from baby, to toddler, to little girl and my personality revealed itself, I was about the girliest girl you could ever meet.

Forget blocks, trucks or getting dirty. No, I wanted to wear make-up at age three, refused to put on a pair of pants until I was at least ten and had dreams of being Miss America by the time I reached my teens.

And there were so many other ways that we seemed nothing alike.

If she and I were standing next to each other in public, no one would think we were mother and daughter. My mother has dark hair, olive skin and brown eyes, while I’m fair with blonde hair and blue eyes.

From grade school to graduation, when parent teacher conferences rolled around each year, it was inevitable the next day that I would hear from my teachers how surprising it was to meet my mother. In school, I was constantly getting in trouble for talking too much and could rarely sit still in my seat.

I was sassy and outspoken. My mother on the other hand often comes off as quiet, reserved and a “thinker.” Our differences just seemed so striking. 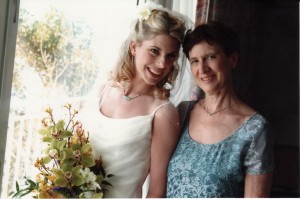 My Mother and I at My Wedding 11 years ago.

My Mom, Me And Madonna

I’m certain my mother had moments too when she questioned whether I could possibly be genetically linked to her, but in most cases she proudly claimed my parentage.

Even though she could never understand or relate to my obsession with Barbies or my desire to constantly parade around the house in outfits that were a cross between Madonna and the Queen of England, it never occurred to her to try and change me.

She accepted me, and more importantly taught me to accept myself.

Like many children, the closer I got to adulthood; I began to realize my mother and I were more alike than I initially thought. We are both driven, opinionated and passionate. I am a little more introverted than one might think and my mom can sometimes be a real talker.

Plus, that wild side still showed up from time to time. My friends parents were scandalized when my mother took me to Madonna’s “Like a Virgin” tour in the 9th grade. Yes, it was totally her idea.

The Gift of Acceptance

Now that I have children of my own, I confess to frequently wishing I were more like her.

I yearn to foster my children’s’ free spirits the same way my mother helped me cultivate my own. Yet, too often I find myself impatient with them and overlooking the value in their strong personalities. It takes more effort on my part to stand back and appreciate their individuality, rather than to step in and insert my own visions of the people I think they should be.

I’m not sure such interference even occurred to my mother.

Luckily for me, and my children, my mother lives just a few minutes away year round. She has developed a rich relationship with her grandchildren and has had an instrumental role in helping to raise them.

She continues to serve as an example of the kind of mother I aspire to be, but she never ceases to remind me to accept myself as the mother that I am.

The Valuable Lesson P!nk Taught Me About Motherhood & Raising Girls

What Was The Most Important Gift Your Mother Gave You?