Why is coding for kids so important?

Did you know that According to the Bureau of Labor and Statistics, there will be at least one million unfilled programming jobs by 2020? We keep talking about all these college graduates and how they can’t find jobs and it certainly makes us worry about out own kids. However, what if there was a way we could almost ensure that they could find a good job when they grow-up?

Coding isn’t going to just be a nice to have skill for our kids, but almost a necessity. Also, don’t think if your child decides to go the non-tech route that it won’t still be important. Due to the increasing role technology plays in all parts of our lives, coding will most likely be a part of almost all professional areas in one way or another. 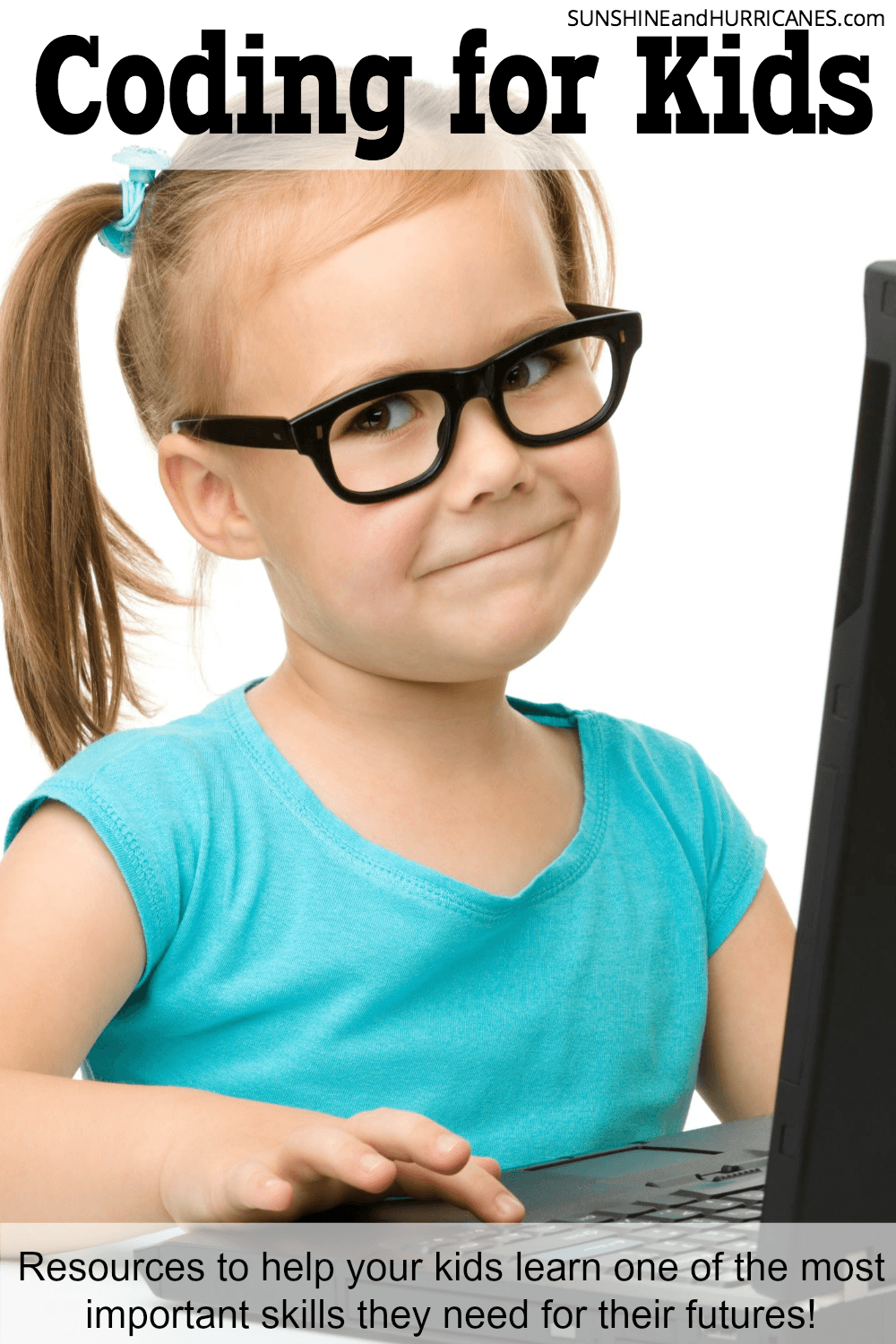 Recently, my six year old came bounding out of her room exclaiming, “Mama, I designed my own app!” Her voice was filled with excitement and her eyes glowed with pride. A little surprised, I inquired further, “What do you mean exactly when you say you designed your own app?’ (I confess at this point instead of being impressed with her undertaking, I was actually wondering why she had the iPad in her room since that isn’t allowed).

She ran up to me and eagerly handed me a piece of paper with all sorts of drawings and directions mapped out. “See, mama, I came up with my own idea for an app and I drew it all out!” she said. Relieved that there had been no contraband technology in the bedroom leading to this endeavor, I relaxed and looked with curiosity and a bit of astonishment at what she’d drawn out.

She walked me through each of the different parts of her “app”, talking so fast out of eagerness to share her creation with me that I could barely understand what she was saying. When she finished, on her next breath she asked, “Mama, can you help me make this into a real app, like on the computer?”

I just sat there looking at her blankly for a moment….

Now, before you decide that my child is some kind of genius and that I’m simply being a show off of a parent, let me assure you that for this generation what my daughter has done is not that remarkable. Plus, she came up with the idea, but she hasn’t actually created a fully functional app that is ready for market, unlike the ten year old year old I recently read about whose self designed video game “Gunman Taco Truck” has been licensed by a videogame publisher for multiple platforms.

Working in tech fields, my husband and I have known for a while all the advantages that come with teaching kids to code. We even downloaded an app some time ago in an attempt to capture our children’s’ interest. However, neither child found the app all that inspiring and overall, we’re busy and overloaded like most parents today and simply hadn’t found the time to pursue it further. Until now…

The benefits of coding for kids goes beyond finding a good job when they grow-up. According to some, coding is becoming the new literacy. It teaches children a way of looking at the world as well as a process of thinking and problem solving that can have practical applications across many areas. Plus, let’s not overlook the fact that code can be a ton of fun!

As the merits of coding become increasingly mainstream, more and more amazing (and FREE) resources for teaching kids how to code are popping up every day. Oh, and yes, they’ve come a long way even in the time since my husband and I downloaded that first no so engaging coding app for our kids.

Here is a list of some of the most highly regarded coding resources available. You will note in many cases the suggested age level is 8 or over, but nothing is inappropriate for younger children. If you have a child who is interested and grasps the basic concepts, by all means give them a chance to try it out!

An Hour of Code with the Khan Academy

Here your will find several hour-long activities to introduce the most basic concepts of coding to beginners. Honestly, if you’re not already familiar with the Khan Academy, even if your kid has no interest in coding at all, this site is chock full of so much educational goodness for kids it’s like a hidden treasure.

This site is bold and bright with fairly intuitive games that will appeal to children at the early stages of exploring computer programming and code. There is also a whole section for parents, which is incredibly easy and useful for getting up to speed on making the most of your child’s experience.

Developed by MIT Media Lab’s Scratch team this site is one of the most widely used and respected tools available to teach kids how to code. It is aimed at a slightly older child, but I’ve mentioned an app below that is an offshoot of this site intended for a younger audience. It’s an ideal launching pad to foster an interest and then develop a long term passion for coding with interactive stories, games and animations.

This is a non-profit organization dedicated to furthering access to computer science with a special focus towards increasing interest among girls and underrepresented students of color. All the tutorials and lessons on the site are free or open source and there are tons of extras for educators. Kids can find everything from basic coding skills development with Anna and Elsa of Frozen to more advanced programming videos from Mark Zuckerberg and Bill Gates.

All are available for the iPhone and iPad and can be found in the app store. Availability for Android is limited, but many are working to develop for that platform in the coming months.

Also, another opportunity to kick start a child’s exposure to code is during the annual computer science education week, which will be taking place from December 7th -13th , 2015. The hour of code initiative is a big part of this program and many different organizations will be sponsoring both online and offline events. Click HERE For more information.

Do you have kids who code?
We’d love to know about your favorite coding for kids tips!