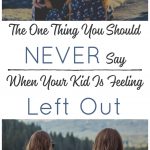 Inside:How we respond when kids are feeling left out is key to helping them build resiliency

A few years ago, I watched from my park bench as a young mother tried to console her sobbing daughter. “I’m sorry, honey. I don’t blame you for being upset.”

“I don’t know why they won’t let me be in their group for the talent show. They just said they already had enough people and their routine was done and there wasn’t anything they could do about it. I told them I would make a new one up, but they wouldn’t do it.”

I tried to focus on my kindle while occasionally looking for my kids to exit the school door. But as much as I tried not to eavesdrop, I had to admit I was interested to hear how the mom would handle this all-too-common situation of a child feeling left out.

“Well, they’re probably just jealous of you honey, because you are such a good gymnast and they aren’t. They probably don’t want you in their group because you’ll show them up,” the mom stated matter-of-factly.  “You should do a solo routine. Or maybe one with Chloe.”

“You think?” the girl replied, her tears slowing down. “You think they’re just jealous of my tumbling?”

Several minutes passed before my girls came out, but the interaction between the mother and daughter stuck with me for a lot longer.

Maybe the girls were jealous, or maybe they honestly had their routine finished. 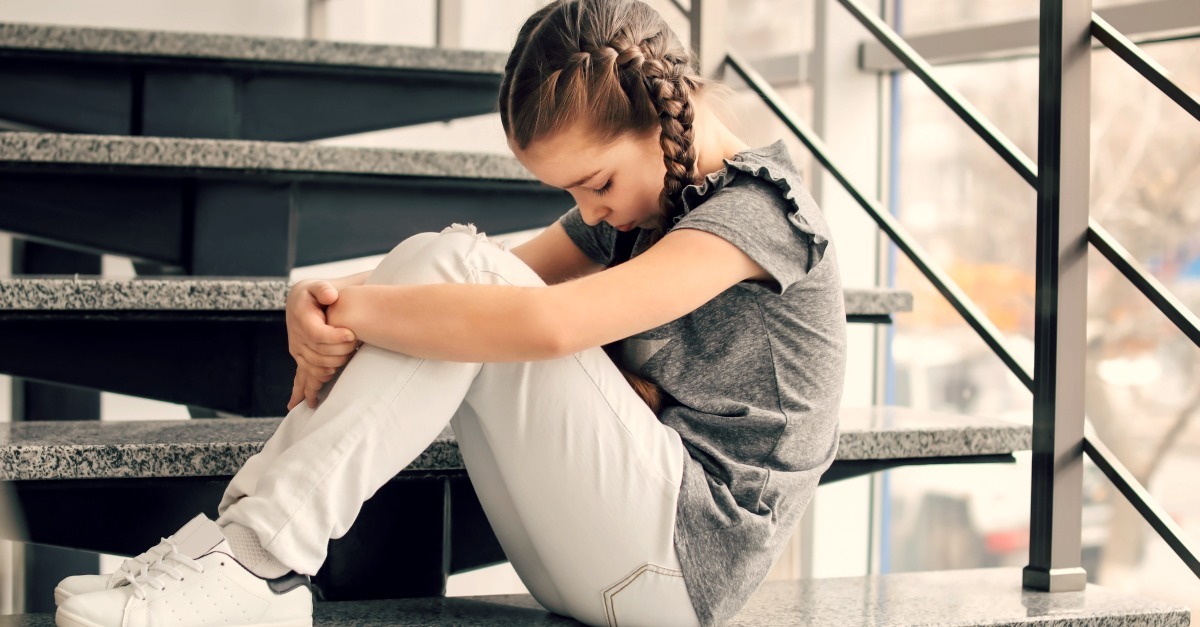 Feeling left out is a common problem in today’s transparent culture, particularly among girls and women

Social media exasperates it, as we often mindlessly scroll through images and come across a photo of a group at some fun activity that did not happen to include us.

There is also the problem of parents striving for perfection in every aspect of their lives.

It is intimidating to be surrounded by a sea of thin, perfectly coiffed women in expensive Lululemon athletic outfits or watch a working mom of five kids whip up homemade, gluten-free, glow-in-the-dark snacks for the Fun Fair as you drop off cookies from the grocery store in your stained yoga pants.

But what happens when we continually use jealousy as the rationale for exclusion?

We end up telling our daughters that the only reason anyone treats them poorly is that someone is envious of their talent, stature or situation. Which often isn’t the case at all.

For example, a few years back a friendship went off the rails for me. Someone I cared about a great deal turned into a person I didn’t even know anymore. I tried multiple times to mend fences, but she clearly stated she wanted nothing to do with me.

Things are often not as they seem

As another friend and I sat and tried to figure out why my relationship with this woman turned combative, the response came easily. She was jealous of the relationship I formed with another mom, perhaps even jealous of the fun we were having. My friend even surmised that perhaps she was jealous of a position I recently acquired. It didn’t seem to fit based on the person I knew, but it was a simple rationalization, alleviating me from any responsibility or introspection.

I found out nearly a year later that a mutual acquaintance shared what I thought had been a private conversation between her and I with three other women over wine. One of those three friends was my former friend.

The private conversation involved our observations about how we felt her husband was a little too controlling, after she provided what seemed like was a lame excuse for not joining us for a birthday dinner.  I wouldn’t say the discussion was malicious, but I can see how it would be hurtful if relayed.

The net-net is I did something wrong, and I got caught

She wasn’t jealous of anything. She was mad, and rightfully so. Unfortunately, she received an exaggerated story that I spread this gossip all through town, and she decided anything that subsequently came out of my mouth was not worth hearing.

We both handled the situation poorly, and it took me awhile to process the entire event and understand my role in it.

Now that my daughters are getting older, I try to avoid using jealousy as a rationalization for when they are feeling left out or hurt by others for a myriad of reasons. 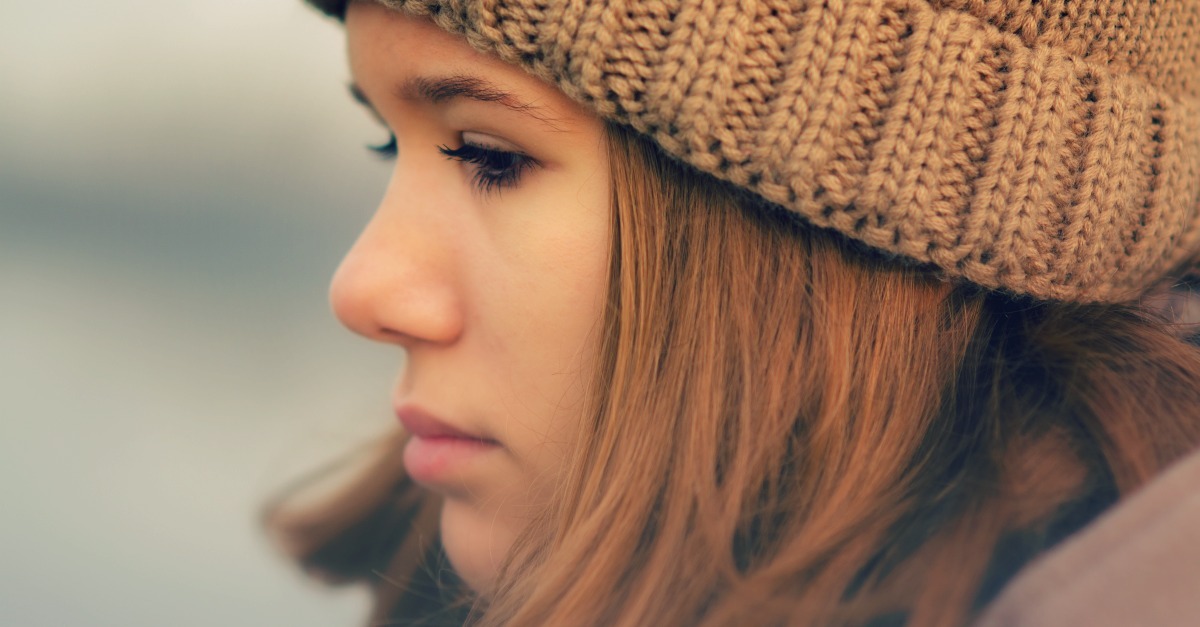 Reduces the need for self-examination.

When we write off other people’s behavior as jealous, it eliminates the opportunity to consider our role in the situation.

How can girls learn that their actions impact other’s responses if we are easy to blame jealousy as the answer.

It also promotes big heads. If we constantly tell girls that other people are jealous of them, whether it is because of their appearance, friendships or grades, how will they develop coping mechanisms when they get out in the real world?

There can be a thing such as too much self-esteem. In our Kim Kardashian culture, we assume each time someone dislikes our actions, it’s because she is jealous or the nefarious “hater.” This I-can-do-know-wrong mentality is a dangerous way to live.

Decreases the opportunity for compassion, and more importantly, grace.

The pressure on young people today is tremendous. From looks and grades to social media presence and athletics, the burden to be the best weighs heavy on our most impressionable minds. This also creates a culture of envy and unconfident youth who do not know how to step away from the stories they create in their minds of their peers’ perfect lives.

Often, when someone hates on you, it’s because you’ve got something they want. This is not the time to rub it in their face by acting even more confident. It is not our job to teach other people a lesson on how we perceive a situation. Instead, it’s an opportunity to extend kindness and grace. Most times it will be ill-received, but we shouldn’t stop trying.

Consider offering a compliment to a woman you feel is sizing you up. There is a power in acknowledging what you admire in another woman, and it can change the dynamic of a relationship. On the flip side, do not acknowledge a snide remark another mom makes about your daughter winning the science fair…..again. Instead, take the higher ground with jealousy and simply do not acknowledge it. Letting go of the need to defend yourself releases you from the burden of other’s perceived opinions. Plus, it stops the negativity dead in its tracks — it’s tough to have an argument with only one person.

That being said, if there is a pattern of snide comments or damaging behavior, it’s important to practice self-distancing. Learning not to engage with negative people is an important life lesson as well. 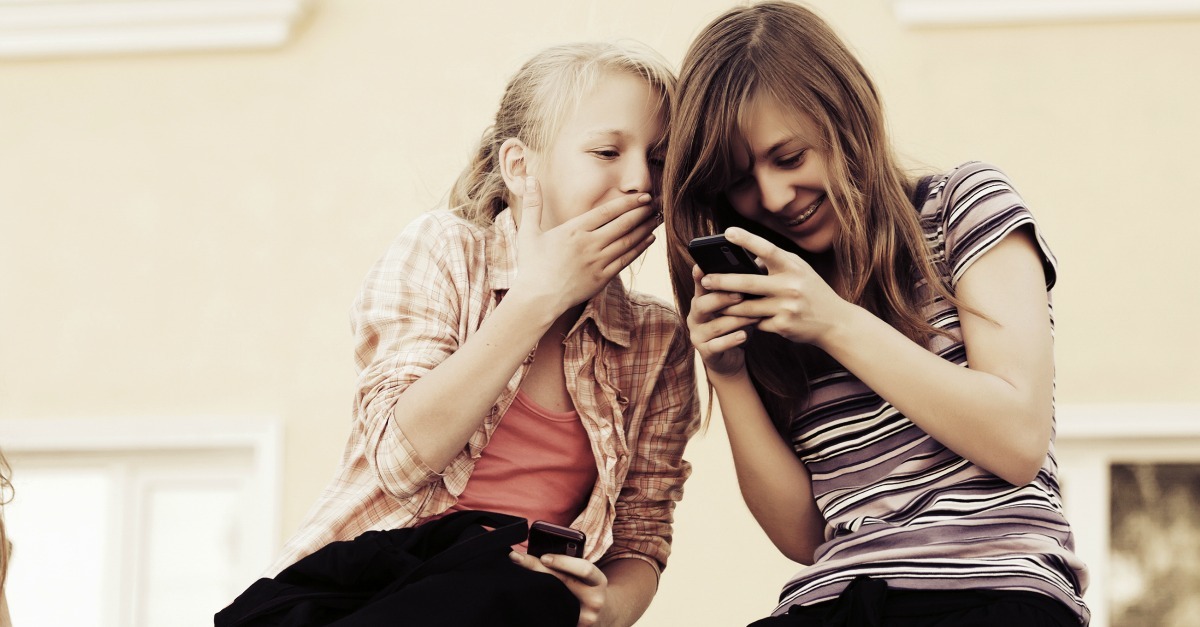 Recently I watched a gaggle of kids in my neighborhood playing a game. It was a mixture of children who lived on our street and friends of friends.

Out of the corner of my eye, I watched as a sad seven-year-old boy slinked over to his dad, telling him he was feeling left out. The father’s response: “Don’t be ridiculous. If you want to play, just tell them you want to play.” And off he went. No drama, no attempt to decipher the other kids’ thoughts. Just a swift kick in the pants to go after what he wanted.

When we tell our daughters consistently that girls are jealous of them, we are perpetuating a stereotype we’ve lived for too long. While insecurity is still a major problem — and the main reason for the “Mommy Wars” — jealousy should not be the go-to excuse in our feminist toolbox. Instead, we need to teach our kids how to navigate difficult relationships and improve communication as opposed to merely writing off behavior as a jealous rage.

Jealousy isn’t necessarily a bad thing. It’s human nature. It’s natural to feel jealous from time to time. Fighting off the green-eyed monster is hard, whether you’re the one experiencing the emotions or on the receiving end.

What’s important, though, is to teach kids — especially young girls — that you can stand for something without tearing another down.

Imagine the power we’d give our kids then?

Want to Raise Kids Who Are Includers? Do These Six Things

Uninvited (a great book for moms on the subject)

What do you say to your children when they are feeling left out? 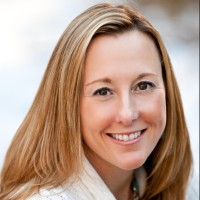