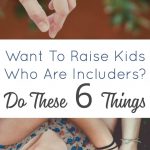 Inside:How to help your kids and teens include others and avoid cliques

The cars in the drop-off line moved exceedingly slow one cold morning, and I tried to keep my patience while silently chanting, “Pull forward!”

My daughters and I were almost to the exit spot when I watched two girls hop out of a minivan. In an instant, I saw a clique of Justice-clad tweens swarm one of the passengers while the other stood off to the side pulling her backpack onto tiny shoulders.

“Who are those girls?” I asked.

“They aren’t in my class, but they just really love each other, I guess. They are always hanging on to each other at recess,” one of my kids said.

“Are they nice?” I questioned, eager to hear what they thought.

“Yeah, they are really nice when you are around them. It’s just when they are in a group, they don’t pay much attention to anyone else. Pull up, Mom!” My daughter said this off-handedly, and I could tell she didn’t think much of it.

I watched the gaggle of girls walk up the sidewalk arm-in-arm while the other young student sidled slowly behind them, her head cast downwards.

I did not stop thinking about the incident for the remainder of the day. On one hand, those girls did not do anything wrong but excitedly greet a friend. On the other, they ruined another child’s morning without even trying — without even being aware.

The more I thought about it, the more upset I became. 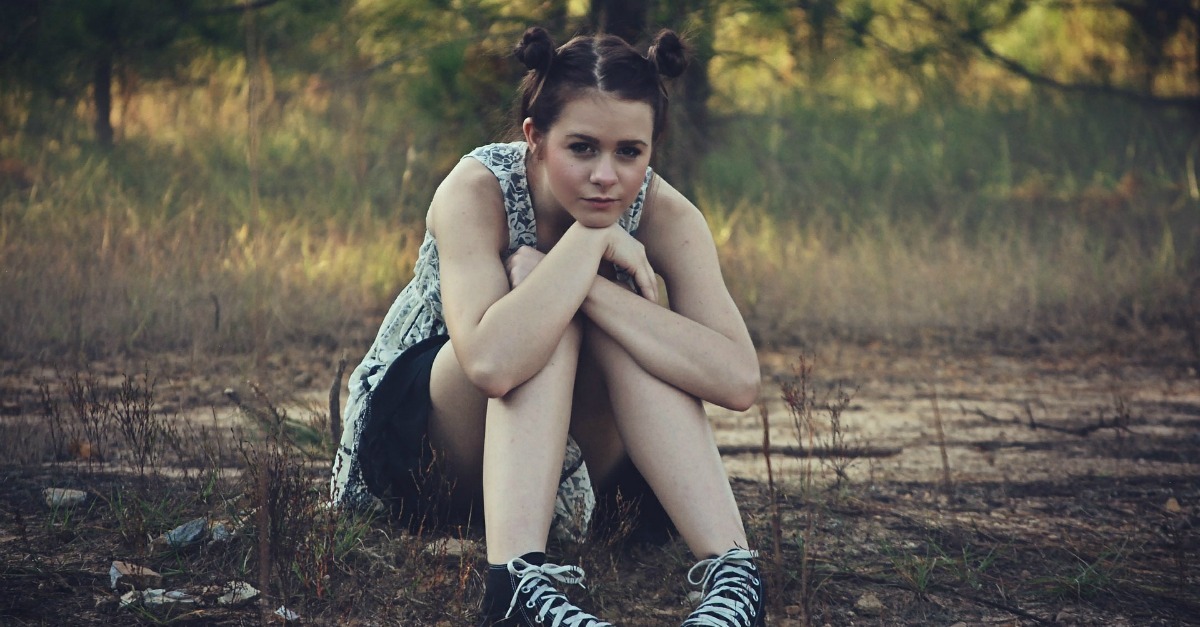 Why is it so hard to raise nice kids?

Kids who are kind, kids who are considerate, kids who include? How do we teach these impressionable minds to be aware of other people?

The answer is obvious. It comes from us. The parents.

How many times do you walk into a room, search out your friends and talk only to them?

Would you rather stick your nose in your iPhone than meet a new person?

How often do you see someone standing off to the side and do not go over and introduce yourself? Even offer a smile?

I get it. As an extrovert, I feed off the attention of others. But sometimes I am just tired, too damn tired to strike up a conversation and keep it going with someone I don’t know.

But then I think about that little girl. The one who no one was mean to, but yet was ignored. Not even a simple hello or a nod of acknowledgment. That could be your kid. It could be mine. It may be you, and I know it’s been me. 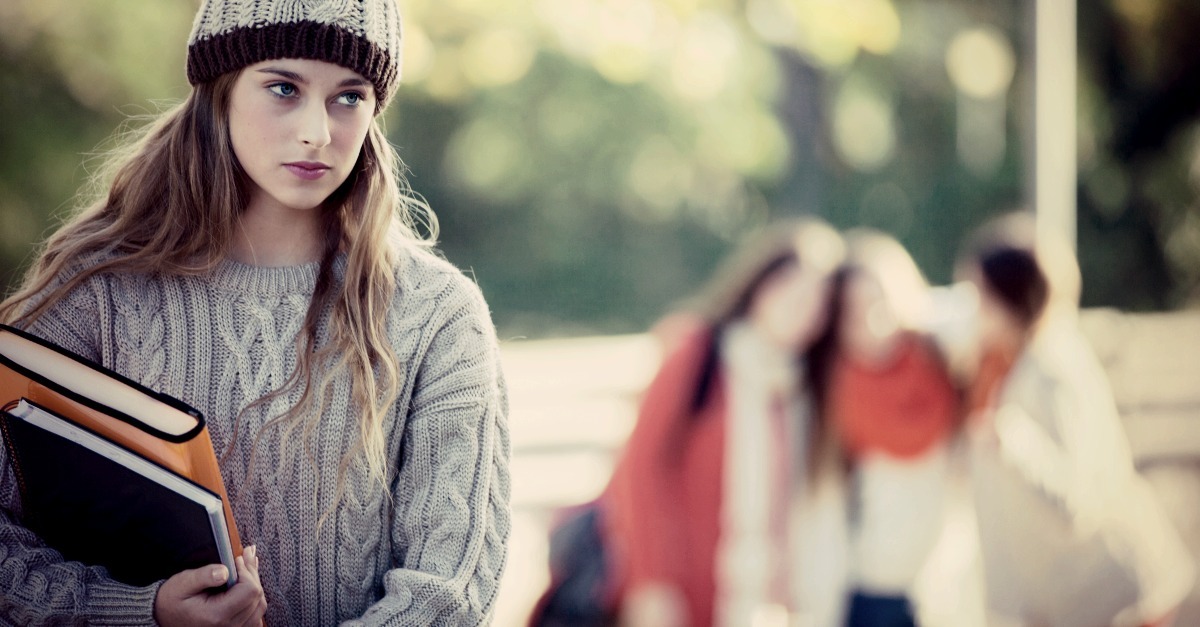 I am exhausted from the excuses for exclusionary behavior.

We are guilty, but too unaware to notice. Too busy to pick up on the signs.

It may be worse when your son or daughter is the bully and picks on other kids, but when we teach our children they can walk through life without noticing other people, without being aware of anyone else — well, we reap what we sow.

As parents, we do it all the time.

We talk about avoiding the PTA because of the cliques while the members forget how to welcome new faces into the fray. We attend a moms’ group once and determine the quality of the women based on a single interaction. We take our kids to the park to encourage them to play with other children, yet we sit off by ourselves.

So, how do we make the change?

How do we raise kids who avoid cliques and are includers? 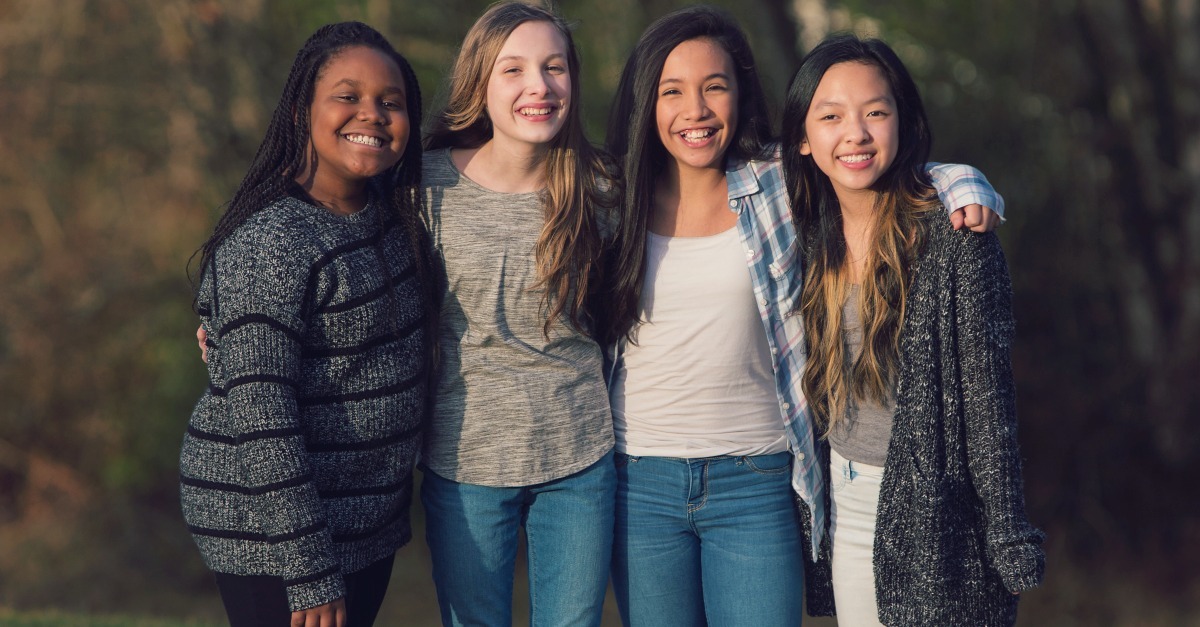 Teach your kids how to meet new people

Introduce yourself to strangers in front of your child. Show them how easy it is, even if it feels awkward. Practice it at home.

Point a child out to your son or daughter that is playing alone. Encourage her to ask the child to join in the activity. It’s so easy.

Set a family goal for each member to talk with someone they don’t know well each week. At dinner or another time you are all together, discuss what you learned about the new friend. Hold each person accountable for participating.

This is the crux of the issue. As parents, we often write behavior off because we know it was not intended to be mean; but how are children supposed to learn if we don’t point it out?

I cringe when one of my children says, “I want to sit next to so-and-so” whenever we are at a gathering, as I know it makes other kids feel bad. I told my daughters that each time they create a stink about sitting next to a person, they are telling someone else that she doesn’t want to sit by them.

After one particularly trying birthday party, we made a family rule that we feel grateful whenever we have a seat at the table, but during the event they may play with whomever they want (as long as they include everyone). It avoids a lot of drama caused by seat shuffling. 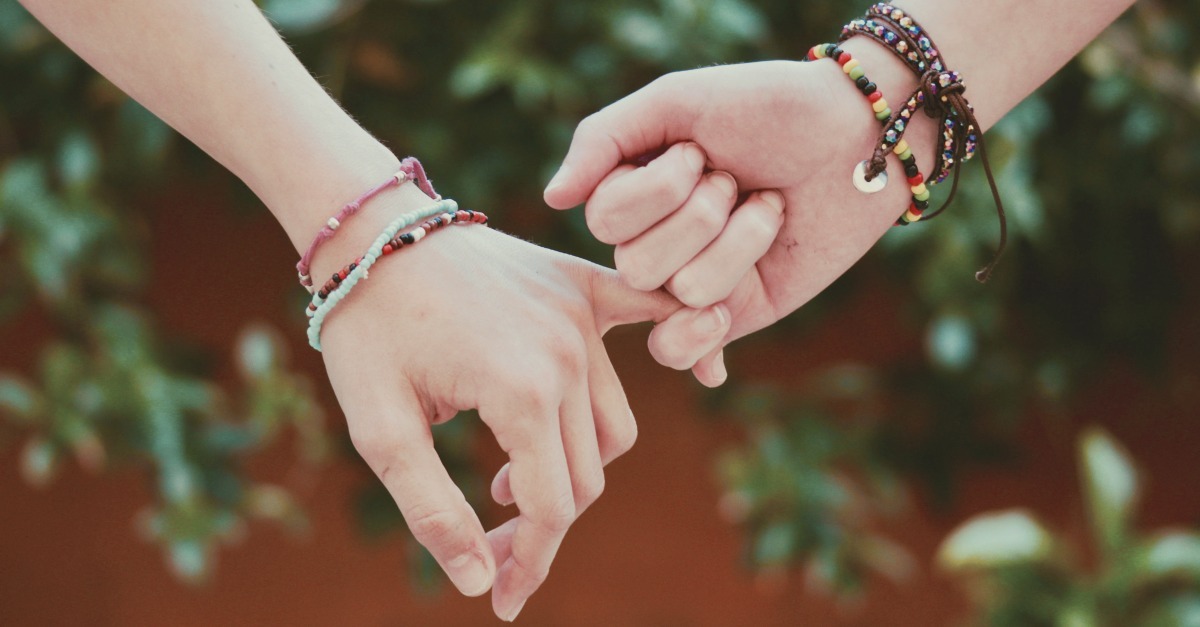 The biggest fear most of us have for our children is that they will be ignored — on the playground, in the lunchroom, or at an event. So, we social engineer each activity to ensure they only go to places where they have a friend. But what are we really teaching them?

When we encourage our children to experience new activities by themselves, they develop compassion for others who may be in a similar situation down the road. I find the courage comes with preparing my kids beforehand with conversation starters or a script to help them introduce themselves.

We don’t realize this as parents, but kids have an uncanny ability to make friends if we just get out of the way.

Model the person you want your child to become.

We all know talk is cheap. If you want your child to be inclusive, be inclusive yourself. Lend a hand to someone you don’t know well. Keep your snarky comments to a minimum. Introduce yourself to the new neighbors. Talk to that mom or dad standing alone at pick up.

The worst thing that could happen is you may have to talk to a spitter for five minutes.

The best could be you made a very lonely person’s day.

It all starts with one brave parent.

How have you helped your child deal with social cliques?