The lights went up, the music started to play and the small figures all took their places on the stage.

The dancers began to move together, a whir of fairy pink costumes and perfect ballet buns.

I searched for the one that belonged to me.

I had a hard time finding her at first, but my eyes finally settled on the tallest among them.

“Could that really be her?” I thought to myself.

She was almost unrecognizable.

The long extension of her arms, the careful point of her toes, the soulful expressions on her face all seemed so unfamiliar.

She executed each step with such care and grace.

As I continued to watch the rest of her performance, I was enchanted by this little girl of mine who I began to realize was so different than the one I thought I knew. 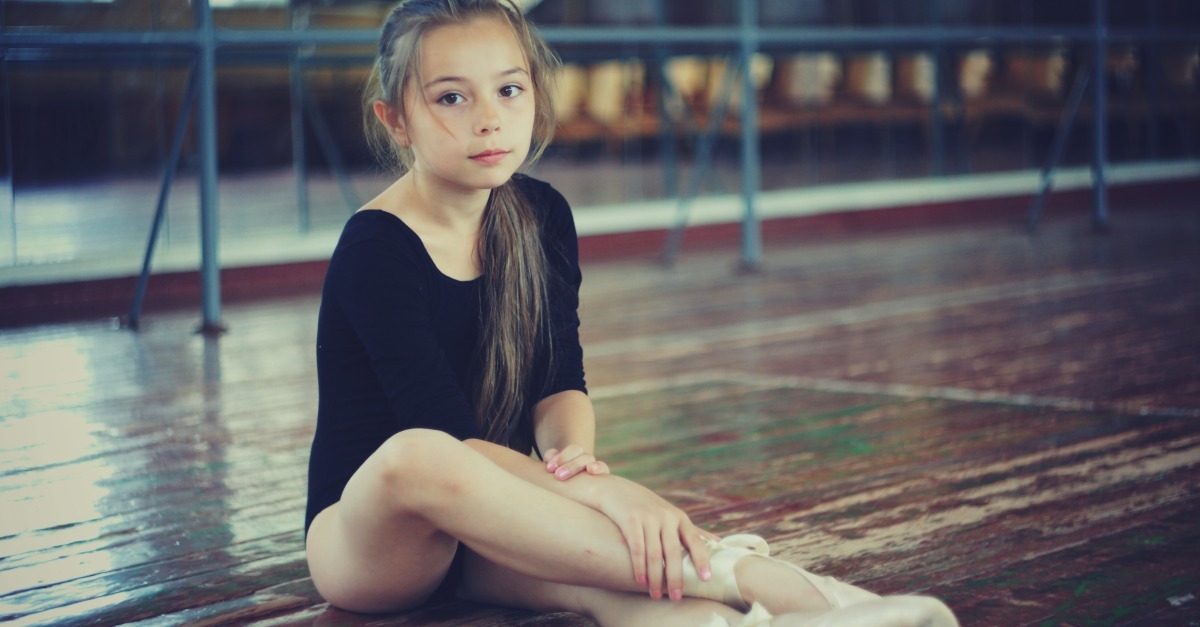 Sometimes we do that as moms, don’t we?

We think we know them.

And in so many ways we do. We know if they are more shy or outgoing, if they or more serious or silly.

We know their favorite stuffed animal and the song they want to go to sleep every night.

We know what foods they love and the ones they hate.

But then they surprise us. They turn what we thought we knew about them completely on its head.

On the day of her recital, my daughter took my breath away.

By the end of her performance I was one big mama mess, crying and clapping hysterically.

There were tears of pride and happiness, because a part of her soul showed itself on that stage that I had never seen before.

But there were also tears of sadness, because I wasn’t fully aware that part of her was in there.

She is only eight years old, but I thought I had her all figured out.

And because I wanted to believe I knew my daughter, I underestimated her.

That hurt my mama heart.

We spend day in and day out with our children and so we think we know them. And maybe for a brief moment now and then, we actually do.

But they are still works in progress.

And as my daughter showed me, it can be easy to confuse knowing things about them, with actually knowing their true hearts and potential.

Really knowing our children is a lifelong process and there are parts of themselves they may never share with us.

Yes, it would be so much easier if they were open books right from the beginning.

If we just knew all the little facets of their personalities and characters and could know what to expect from them. Raising them would be far less scary and unpredictable.

But it would also be far less thrilling.

Because when they do reveal those hidden parts of themselves.

Like when I sat there in astonishment watching my daughter transform before my eyes on that stage into a whole new and wondrous creature.

It’s those moments, the ones when we think we finally have them all figured out and then they surprise the heck out of us that make being their mamas so amazing and unexpected and totally worth it.

If you liked this post, then you should read these too….

The Valuable Lesson P!nk Taught Me About Motherhood & Raising Girls

Why I’m NOT Counting The Summers We Have Left