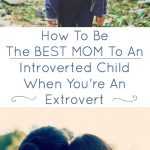 I’m an extroverted mom raising an introverted child. Here is what I learned that helped me to be better mom

“Do you always have to talk to everyone,” my husband asks as we walk out of the grocery store.

“What do you mean,” I respond while waving at the older gentleman pushing the carts into the store.

“I mean, sometimes it’s nice to get in and out. Did you really need to get the bagger’s life story?”

I roll my eyes. I mean, I didn’t get his entire life story, but if you are out in a public place and don’t want to have a conversation, you shouldn’t make eye contact with me.

I am an extrovert. I thrive off of the energy of other people. I love meeting new people. I (usually) like chatting with passengers on the airplane or talking to the driver of my Uber, or sharing my Root Beer Pork recipe in the grocery store.

In order for me to process information I need to talk it out, usually at length (or ad nauseam if you asked my husband.) I don’t enjoy being left alone with my thoughts (unless I’m writing, which is really just like talking to myself), and I would rather be socializing than most anything else in the world. 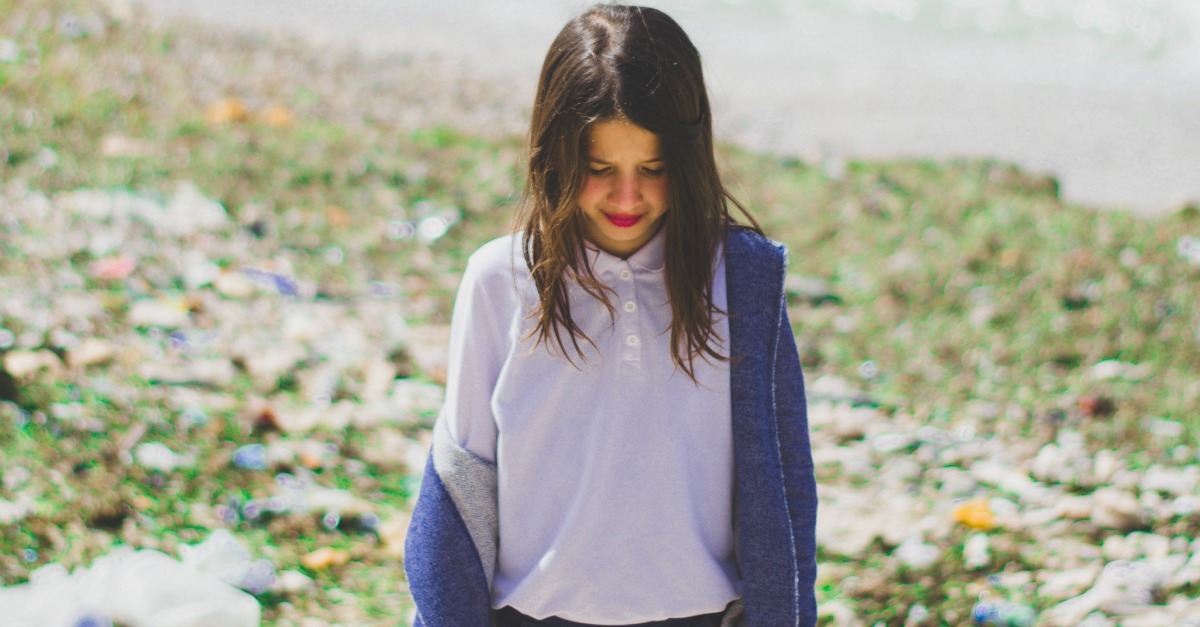 So, imagine what it must be like for my daughter, an introvert.

And because it’s not enough to have a Chatty Cathy as a mom, she is also blessed with two loud, talkative extroverted sisters.

At the dinner table, we’re often cutting each other off with jokes or playfully mocking one another. Rarely does a story get finished before someone is telling a new one. And there is no such thing as dead air.

While my husband, an introvert himself, is comfortable letting us commandeer the conversation, my quiet and reserved daughter doesn’t have a chance to get a word in edgewise – although I often wonder if she even wants to.

But sometimes when I get her alone – usually in the car or when we’re quietly finishing something side-by-side – she decides to throw me a bone and share a little bit.

I listen intently to her stories about Minecraft or a YouTube video she watched. Sometimes she’ll tell me about a character in a book or a project she’s working on at school. And then because I recognize she opened the door, I change the subject and ask about something I am interested in, like who did she sit with at lunch or what game did she play at recess.

And just like that, I’ve lost her. She’s done talking.

It’s pretty frustrating, and it’s hard not to take it personally.

I used to think she was moody and rude when I would pick her up from school and pepper her with questions about her day and she would simply respond by asking me to turn the music up. I used to get hurt when she would walk out of the room immediately after answering a question. I used to be devastated when we would have a group of girls over to play and she would be off, by herself, pretending with her horses or reading a book.

What was wrong with this child? Did I not raise her right? Would she become one of those sad, isolated girls that would end up as the crazy cat lady?

I tried to encourage her to make more friends at school, at the pool, at camp. And she would, although she didn’t seem to be obsessed with having them over all the time like my other two. Her friends were more for “in the moment,” and if there was no one suitable to play with, she was more than happy to find something to do by herself or with her sisters.

And then one day as I complained to my husband because my daughter stayed inside when all the neighborhood kids remained outside, he said this: “I get it. When I come home from work — after talking to people all day long — I need a break. It doesn’t mean that I don’t love you, but I have hit my capacity for conversation. I just want to decompress before I go back at it again.”

His comment shocked me. While I could not wrap my head around the thought of wanting to be alone instead of with a fun group of friends, I started to wonder if my daughter knew exactly what she was doing.

Could my husband be right? Could it be that what my daughter was doing was okay even though her behavior seemed so odd to me? Was this a form of self-care? Did she know what was right for her, even before I did?

So, I started googling introverted child, Amazon-ing books about reserved kids and talking to other parents. It was then that I began to realize my daughter was perfectly fine. In fact, she was more than fine, in fact. 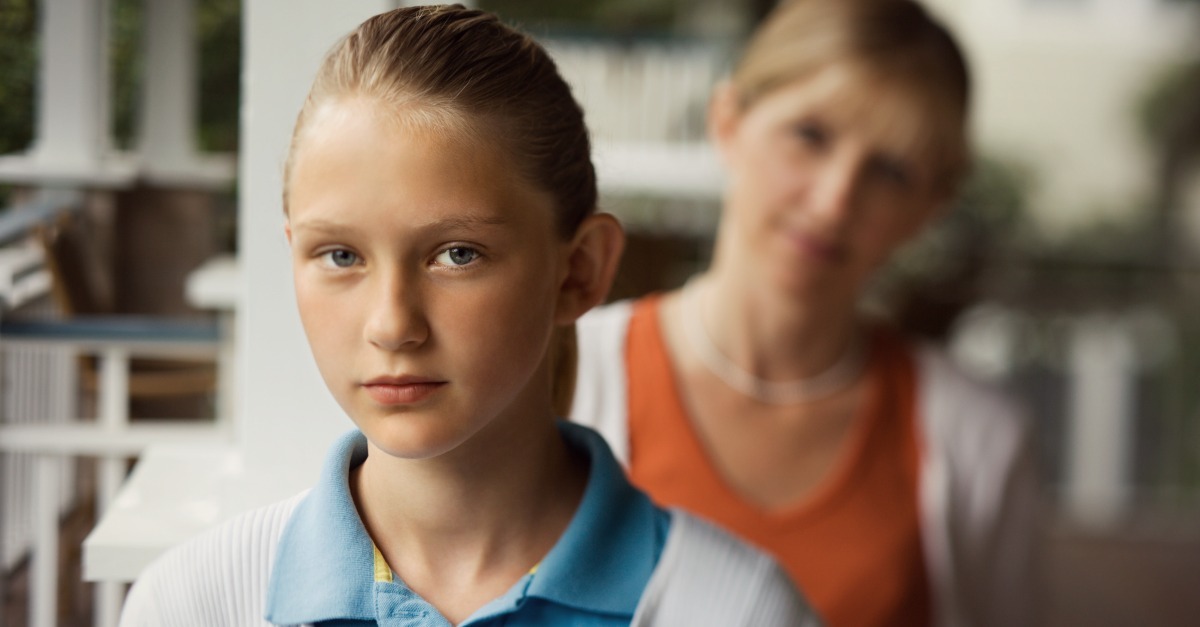 It was me that had the problem.

Each year, my daughter’s teachers tell me that she gets along well with all the other kids, and can even be chatty once she gets going. She is happy and participates, although sometimes she would rather read a book (gasp!) instead of playing in a large group or a game.

At first, I found this information startling and shocking. I mean who would rather be by themselves when all her friends are having fun? But I think I’m starting to get it.

Holding long conversations can be draining for an introverted child, so doing something alone enables my daughter to collect her thoughts, or just not think at all for a few moments. Being “on” in the classroom for a more reserved kid can be exhausting, not stimulating. Reading a book or taking a ride on a swing — where you don’t have to focus on anything or anyone else — is energizing, not dull.

And after a long day of school, the last thing an introvert needs is her over-anxious mom grilling her for ten straight minutes on her day, when all she wants to do is listen to some tunes and clear her head.

My daughter needs to do these things to cope with her daily stresses, just as I need to talk to deal with mine.

I’ve learned a lot this year about my introverted child

and I’ve learned a lot about me, her crazy and extroverted mom.

I’m trying not to push her to be someone she’s not, and I’m trying to have the patience to let her talk to me on her terms, not mine.

And I have found that by giving her some time and space, she’s more likely to communicate — at least a little bit — when she’s ready.

Are you raising an introvert in an extrovert’s world?

I highly recommend the following books:

Hidden Gifts of the Introverted Child

Quiet: The Power of Introverts In a World That Can’t Stop Talking 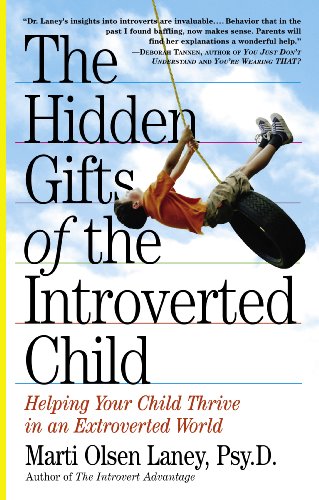 The Hidden Gifts of the Introverted Child: Helping Your Child Thrive in an Extroverted World 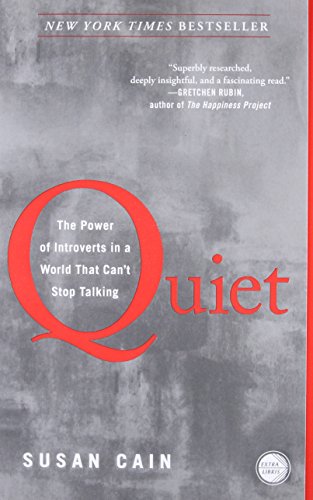 Quiet: The Power of Introverts in a World That Can’t Stop Talking 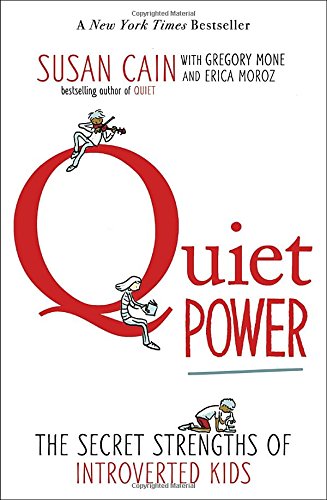 Want To Get Your Teen To Talk To You? Ask These Surprising Questions.